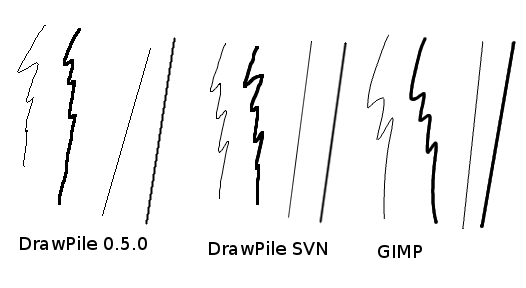 Finally, as mentioned above, the annotation tool currently cannot burn the text onto the image while connected to a network session. The problem is that there is no way to guarantee that each participant of the session has the same font and the same font rendering engine. For example, on Linux Qt uses freetype, while on Windows it uses GDI.
There is a way around this problem though. When a user decides to bake an annotation, instead of just telling others to do the same, DrawPile sends the rasterized text to the other users and they composite that instead of whatever they have. There are still some practical problems that must be worked out with this approach, but this is most likely the way to go. Incidentally, adding support for sending arbitrary raster data as drawing commands also enables features such as pasting from a clipboard.
Posted by Unknown at 7:16 PM 4 comments: